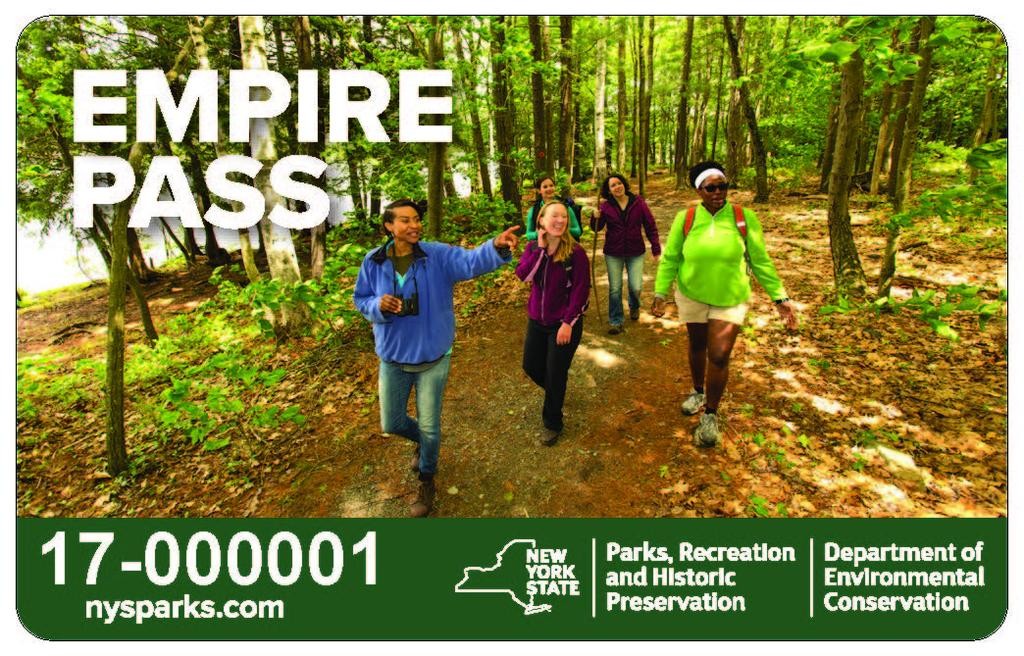 Here’s how it works:

The Empire Pass permits unlimited vehicle access to most facilities operated by the New York State Office of Parks, Recreation and Historic Preservation and the New York State Department of Environmental Conservation. The Empire pass in useable for all motor vehicles except those used in the business of transporting passengers for hire including public or private buses, shuttles, taxis, limousines or other livery vehicles. The Empire Pass will not be accepted if it has been altered in any way. The Empire Pass must be presented upon entry to the facility. Without the pass, you will be required to pay the vehicle entry fee. Lost or stolen passes will be reported to the New York State Parks and will be charged a replacement fee.

Special thanks to the Friends & Foundation of the Rochester Public Library for their generous support of this program, available to everyone in Monroe County!